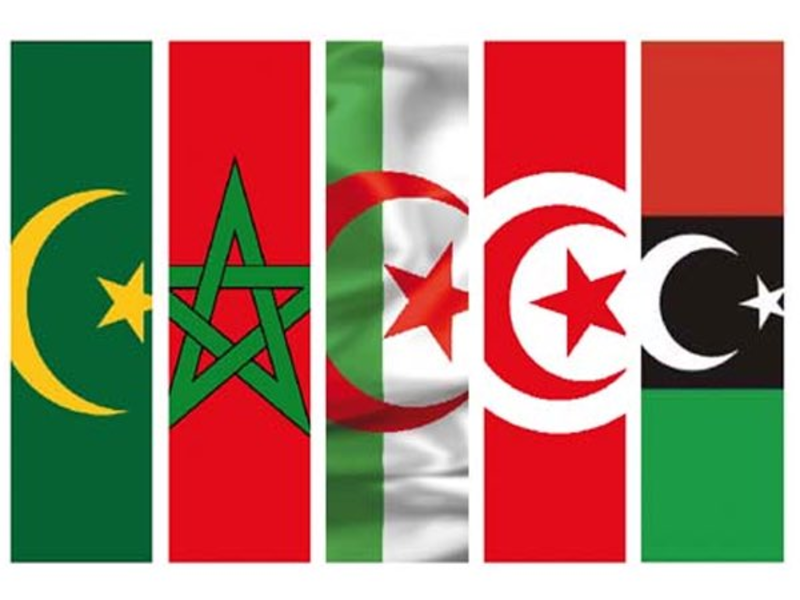 The Multidisciplinary Faculty of Safi has organized in corporation with Takamul Center for Studies and Research, and Hanns Seidel German Institute, an international conference on “the State and the Question of Identity in the Maghreb Region” which was held on March, 13th and 14th, 2019.

The conference’s opening session was headed by Dr. Abdellatif Bakour, the head of Public Law Department at the Multidisciplinary Faculty of Safi, and it included opening speeches of all of the Dean of the Faculty, the Executive Director of Takamul Center for Studies and Research, the Director of the Local Democracy and Governance laboratory and the Culture, Language and literature group, as well as the Representative of Hanns Seidel Institute.

In the context of the first day’s work, Dr. Abdel Malek El Ouazzani, the professor of Political Thought and Constitutional Law at Cadi Ayad University, has tackled the issue of the relationship existed between identity and the state as a big achievement of modernity that established the independency of the political man from the religious field. This in turn lead to connecting the issue of belonging to the state and not to religious identity within the scope of what is called “eradicating alienation from the world”. He added that several studies linked this to the formation of the political center as a center of a collective identity, bearing in mind that this latter will monopolize two important areas: the monopoly of violence and tax collection monopoly. He contended that thanks to this transition, allegiances have shifted from marginal loyalties (tribal, ethnic) to state/ nation loyalties, and that the state’s bond with the nation, identity, and democracy has become a common pattern of living and co-existence despite differences.

In her intervention on the question of identity between religious authority and reliability of the state of citizenship, Professor Mounia El Alami from Tunisia spoke about the problem of the Maghreb religious parties and their relationship with the condition of the state of citizenship. According to her, this is clearly reflected in the issue of gender equality, which takes the absolute meaning in the literature of the state of citizenship, and takes the meaning of relativity in the religious parties’ background, which created a real problem of the compatibility between what is religious and what is civil.  This problem obviously appeared in the first chapter of the Tunisian Constitution when it linked the state to Islam, and which resulted in deep discordance between conservatives and modernists who seem to resort to the same chapter and other chapters that seem to divorce equality from its citizens. The most important chapter that is concerned with this cause is chapter 21.

Dr. Mustafa Soufi, in his speech tried to dismantle the problematic of the state and the consolidation of identity but without over exaggerating that in order not to fall into the trend of nerve, he contended. In addition, Dr. Mohammed Farah tackled the question of identity from the perspective of considering it the major criterion that unifies all members of the Moroccan society. He argued that Morocco had benefited from its strategic position in North Africa, which allowed Moroccans to open up to the civilizations of the Islamic East, Western Europe, and Sub-Saharan Africa.

The second day of the conference was initiated by Dr. Abd Errahim El Allam’s speech, the Executive Director of Takamul Center for Studies and Research and Professor of Political Thought and Constitutional Law at Al Qadi Ayyad University, who discussed the issue of the weakness of the idea of citizenship and the difficulty of talking about a common identity, because of the diversity of tributaries and the specificities of the communities in our region. He asserted that the state must remain neutral and rise above the religious, linguistic and ethnic specificities that constitute the Moroccan society. He added that identity is a complex and unstable process, and that identities emerge when raised. According to Dr. El Allam, it is an obligation that citizenship transcends ethnic specificities, considering it a basic and necessary requirement.

Dr. El Amine pointed to the role of protest movements in the reshaping of national identity. He went farther in his discussion to argue that the protest movements contributed to the reconstruction of a new vision to scrutinize an original identity, criticizing the reality of the national state through the national value system criticism, and the rethinking of the construction of identity.

In his intervention, Dr. Mohammed Obahlou has also discussed the issue of identity and the problematic of belonging. He emphasized that identity is the basis of cognition, and that belonging requires an area to determine the nature of this affiliation. “The problem of identification in our region is mainly related to the modernity of state and the overlap of social specificities,” he contended. He added that the context of the protest movements that the region has known has contributed to the emergence of deeper and more pressing existential questions.

Dr. Mohamed Sadiq Boualaki from Tunisia spoke of collective identities in the Arab countries, and the dialectical question of “whether these identities are cultural specificities or authoritarian conflicts.” Dr. Boualaki said that identity is a necessary complex structure for the individual and the community. He argued that the state is a complex human production, and that the ethnic and linguistic specificities in the modern “Arab” state were supposed to fade.

In another vision of the problematic of identity, Dr. Hassan Ettaleb discussed the question of “modeling” cultural identities, he spoke of identity structure and included it in a collective identity that accommodates different sub-identities. He suggested that the idea of multiple forms of identity can be identified in a totalitarian identity which is of a peremptory nature that assumes in individuals to have a common character in terms of the general appearance, the selective identity, however, tries to model some specificities of identity within the society. While the monolithic identity is the one that negates the other and highlights the specificities that strengthen the social conflict that are directly related to religious ideologies. The imposed identity, in contrast, is the birthplace of patterns that assume in the individual to follow a typical model. However, the flexible identity, according to Dr. Ettaleb tends to adopt citizenship as a common reference with no ethnic specificities.

Dr. Abdel wahed Awlad Moloud, a researcher in International Relations, talked about how the kingdom of Morocco deals with the religious sphere and how it is affected by a special international context that began since the crisis of September the 11th. This in turn led to a reconsideration of the policies associated with the management of religious affairs, and that the new model of religious policies adopted a proactive and strategic approach based on the re-establishment of the Moroccan religious identity with its moderate tributaries and its traditional system that lies in the commandant of the faithful.

As a representative of the cultural identity of language in Algerian media and its relation to bilingualism, Professor Nour El Houda Ouzakkou considered it a positive linguistic pluralism, where the media promotes an Arabic linguistic identity in the light of this duality, without turning a blind eye on the trend towards strengthening the presence of the Amazigh language in the mainstream media since 1992.

Professor Nour Eddine Aswaiq in his talk stressed that identity is the most important component of the state since it is a unifying factor while establishing the state. The concept of identity has profound implications, especially for the education sector. While Professor Mohammed Amin Ben Zitoun adressed in his presentation the question of the state in the Maghreb and the problematic of reference and description, arguing that it is difficult to conceive the existence of an Islamic and civil state at the same time. In addition, Professor Ali Morif, the researcher at the Royal Institute of Amazigh Culture, discussed the issue of the Moroccan school and the problematic of the national identity dynamic, through a reading of the transformations of the political and historical discourse.

Finally, it is noteworthy to mention that the general discussion was a deep, insightful and fruitful discussion in which a large number of professors, researchers and students attended. This actually contributed to enriching the discussion, exchanging ideas, and rethinking the issue of the state and the question of identity in the Maghreb region.

The meeting was concluded with a speech delivered by the head of the Public Law Department at the Multidisciplinary Faculty of Safi, the Executive Director of Takamul Center for Studies and Research, the Chairman of the Council of the City of Safi, and a speech by Dr. Mounia Al Alami from Tunisia on behalf of the participants who came from outside Morocco.