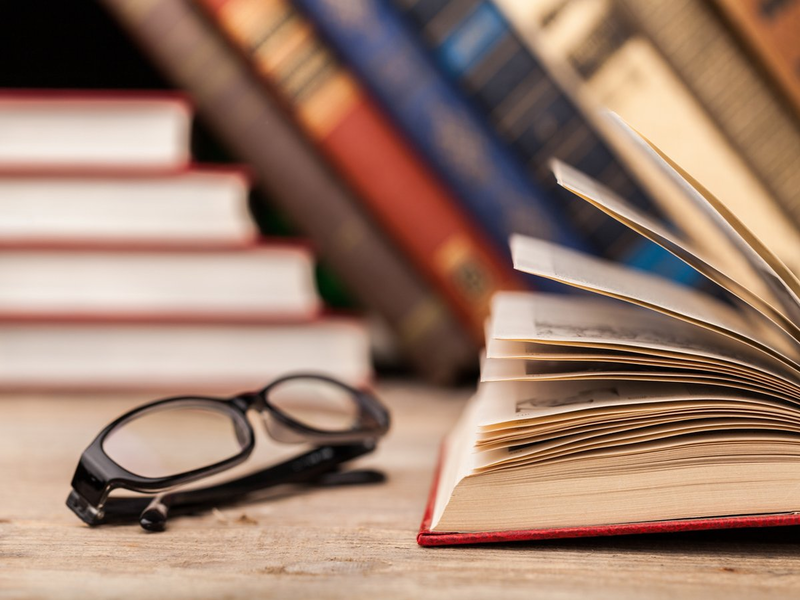 … and the movies and TV shows we watch By Julie Beck

Pamela Paul’s memories of reading are less about words and more about the experience. “I almost always remember where I was and I remember the book itself. I remember the physical object,” says Paul, the editor of The New York Times Book Review, who reads, it is fair to say, a lot of books. “I remember the edition; I remember the cover; I usually remember where I bought it, or who gave it to me. What I don’t remember—and it’s terrible—is everything else.”

For example, Paul told me she recently finished reading Walter Isaacson’s biography of Benjamin Franklin. “While I read that book, I knew not everything there was to know about Ben Franklin, but much of it, and I knew the general timeline of the American revolution,” she says. “Right now, two days later, I probably could not give you the timeline of the American revolution.”

Surely some people can read a book or watch a movie once and retain the plot perfectly. But for many, the experience of consuming culture is like filling up a bathtub, soaking in it, and then watching the water run down the drain. It might leave a film in the tub, but the rest is gone.

The “forgetting curve,” as it’s called, is steepest during the first 24 hours after you learn something. Exactly how much you forget, percentage-wise, varies, but unless you review the material, much of it slips down the drain after the first day, with more to follow in the days after, leaving you with a fraction of what you took in.

Presumably, memory has always been like this. But Jared Horvath, a research fellow at the University of Melbourne, says that the way people now consume information and entertainment has changed what type of memory we value—and it’s not the kind that helps you hold onto the plot of a movie you saw six months ago.

In the internet age, recall memory—the ability to spontaneously call information up in your mind—has become less necessary. It’s still good for bar trivia, or remembering your to-do list, but largely, Horvath says, what’s called recognition memory is more important. “So long as you know where that information is at and how to access it, then you don’t really need to recall it,” he says.

Research has shown that the internet functions as a sort of externalized memory. “When people expect to have future access to information, they have lower rates of recall of the information itself,” as one study puts it. But even before the internet existed, entertainment products have served as externalized memories for themselves. You don’t need to remember a quote from a book if you can just look it up. Once videotapes came along, you could review a movie or TV show fairly easily. There’s not a sense that if you don’t burn a piece of culture into your brain, that it will be lost forever.

With its streaming services and Wikipedia articles, the internet has lowered the stakes on remembering the culture we consume even further. But it’s hardly as if we remembered it all before.

Plato was a famous early curmudgeon when it came to the dangers of externalizing memory. In the dialogue Plato wrote between Socrates and the aristocrat Phaedrus, Socrates tells a story about the god Theuth discovering “the use of letters.” The Egyptian king Thamus says to Theuth:

This discovery of yours will create forgetfulness in the learners’ souls, because they will not use their memories; they will trust to the external written characters and not remember of themselves.

(Of course, Plato’s ideas are only accessible to us today because he wrote them down.)

“[In the dialogue] Socrates hates writing because he thinks it’s going to kill memory,” Horvath says. “And he’s right. Writing absolutely killed memory. But think of all the incredible things we got because of writing. I wouldn’t trade writing for a better recall memory, ever.” Perhaps the internet offers a similar tradeoff: You can access and consume as much information and entertainment as you want, but you won’t retain most of it.

It’s true that people often shove more into their brains than they can possibly hold. Last year, Horvath and his colleagues at the University of Melbourne found that those who binge-watched TV shows forgot the content of them much more quickly than people who watched one episode a week. Right after finishing the show, the binge-watchers scored the highest on a quiz about it, but after 140 days, they scored lower than the weekly viewers. They also reported enjoying the show less than did people who watched it once a day, or weekly.

People are binging on the written word, too. In 2009, the average American encountered 100,000 words a day, even if they didn’t “read” all of them. It’s hard to imagine that’s decreased in the nine years since. In “Binge-Reading Disorder,” an article for The Morning News, Nikkitha Bakshani analyzes the meaning of this statistic. “Reading is a nuanced word,” she writes, “but the most common kind of reading is likely reading as consumption: where we read, especially on the internet, merely to acquire information. Information that stands no chance of becoming knowledge unless it ‘sticks.’”

Or, as Horvath puts it: “It’s the momentary giggle and then you want another giggle. It’s not about actually learning anything. It’s about getting a momentary experience to feel as though you’ve learned something.”

The lesson from his binge-watching study is that if you want to remember the things you watch and read, space them out. I used to get irritated in school when an English-class syllabus would have us read only three chapters a week, but there was a good reason for that. Memories get reinforced the more you recall them, Horvath says. If you read a book all in one stretch—on an airplane, say—you’re just holding the story in your working memory that whole time. “You’re never actually reaccessing it,” he says.

Sana says that often when we read, there’s a false “feeling of fluency.” The information is flowing in, we’re understanding it, it seems like it is smoothly collating itself into a binder to be slotted onto the shelves of our brains. “But it actually doesn’t stick unless you put effort into it and concentrate and engage in certain strategies that will help you remember.”

People might do that when they study, or read something for work, but it seems unlikely that in their leisure time they’re going to take notes on Gilmore Girls to quiz themselves later. “You could be seeing and hearing, but you might not be noticing and listening,” Sana says. “Which is, I think, most of the time what we do.”

Still, not all memories that wander are lost. Some of them may just be lurking, inaccessible, until the right cue pops them back up—perhaps a pre-episode “Previously on Gilmore Girls” recap, or a conversation with a friend about a book you’ve both read. Memory is “all associations, essentially,” Sana says.

That may explain why Paul and others remember the context in which they read a book without remembering its contents. Paul has kept a “book of books,” or “Bob,” since she was in high school—an analog form of externalized memory—in which she writes down every book she reads. “Bob offers immediate access to where I’ve been, psychologically and geographically, at any given moment in my life,” she explains in My Life With Bob, a book she wrote about her book of books. “Each entry conjures a memory that may have otherwise gotten lost or blurred with time.”

In a piece for The New Yorker called “The Curse of Reading and Forgetting,” Ian Crouch writes, “reading has many facets, one of which might be the rather indescribable, and naturally fleeting, mix of thought and emotion and sensory manipulations that happen in the moment and then fade. How much of reading, then, is just a kind of narcissism—a marker of who you were and what you were thinking when you encountered a text?”

To me, it doesn’t seem like narcissism to remember life’s seasons by the art that filled them—the spring of romance novels, the winter of true crime. But it’s true enough that if you consume culture in the hopes of building a mental library that can be referred to at any time, you’re likely to be disappointed.

Books, shows, movies, and songs aren’t files we upload to our brains—they’re part of the tapestry of life, woven in with everything else. From a distance, it may become harder to see a single thread clearly, but it’s still in there.

“It’d be really cool if memories were just clean—information comes in and now you have a memory for that fact,” Horvath says. “But in truth, all memories are everything.”

Julie Beck is a senior editor at The Atlantic, where she oversees the Family section, and is the creator of “The Friendship Files.”