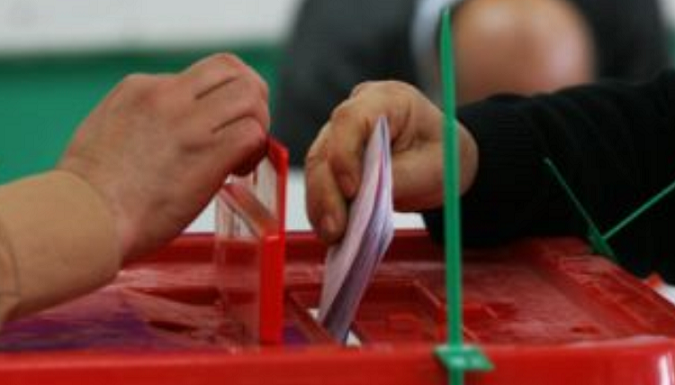 On the 19th  and 20th of September 2019, a training course was organized, aimed at training young people in the political field, and helping them find their way in it , So many workshops were organized and supervised by a group of professors and interested participants About 60 young  people from different regions of Morocco and from various scientific disciplines , whom half of them belong to political parties all benefited from the training.

The training entitled: “Political Participation of Youth and Their Role in Realizing Spatial Development “ was organized by the Legal Research and Policy Analysis Laboratory at the University of Law – Marrakech and Takamul Centre for Interdisciplinary Studies and Research in partnership with the Hanns Seidel Foundation, In  Hotel Atlas Asni, Marrakech.

The program was as follows:

The first general workshop was organized by Mr. Mustafa Al-Yahyaoui, Professor of Political Geography, Faculty of Arts, Mohammedia, on the theme: “The prospect of youth participation in spatial policies with the presentation of the results of studies and reports”, where he dealt with the most important strategies adopted by democratic countries, using official statistics

The participants were then divided into three workshops organized in parallel, as follows:

Workshop (A): Focus Group: “Method of Advocacy and Persuasion of Political Participation in Morocco”,

Workshop (b): “The Paths of Youth Participation in Territorial Decision-Making” the supervisor focused on the importance of adopting a participatory approach of youth in achieving sustainable development, in the context of global transformations and social crises, and the growth of social disparities.

Workshop C: “Modern Approaches to the Integration of Moroccan Youth in Development”,

The participants benefited from a presentation by the supervisor in an attempt to highlight the universally popular ways of engaging young people in political life, and turning them into actors, in order to get them out of the negative situation, especially in light of the many incentives for the involvement of young people in worlds other than the world of politics and public interest.

The training resumed during the second day through specialized workshops focused on:

Workshop A: Youth and Participatory Democracy

Workshop B “Empowering Youth Democratic Participation in spatial Development (Rights and Duties / Possibilities and Coercions)” This workshop concluded that there are special characteristics of the youth category, starting from the family and school education as this category is looking for recognition and interest, as according to demographers this category is a qualitative breakthrough and enormous energy towards self-presentation, It was also pointed out that without participation it is not possible to talk about change, as there are many aspects and mechanisms of participation.

Workshop C: “Youth Participation in the Preparation of Participatory Budget of local authorities , The workshop supervisor focused on the territorial field, as it was agreed that it is the most effective solution to achieve social justice, It is also a systematic solution that should be adopted to enable young people to practice direct and effective participation, as the territorial actor is close to the beneficiary group of local public policies and constitutes the best platform for achieving development and democratization of participatory democracy within the framework of decentralization in order to rationalize political decision, Engaging youth remains a strategic choice within the gender approach. As for the participation in the budget, the participants considered it as a tool for political upbringing that should be employed and the movement to direct and effective participation is needed, considering that the budget is a technical and accurate field that is a manifestation of the real political impact.

Workshop (A): Political Participation, Field Development: Concepts and Perspectives This workshop concluded that the right of youth to political participation cannot be realized in the absence of a democratic interpretation of the constitution, With the need to renew elites

Workshop C: “Prospects for Political Participation of Youth”, this workshop tackled the prospects of youth work through the need to realize gender equality and positive preference for women, to reflect on the programs of political parties. The supervisor also addressed the issue of focusing on changing the perception of youth of political action, In order for politics to regain the confidence of young people.

The organizers chose to have the closing session with the participation of two young presidents  of two territorial authorities, in order to present their experience in the field of management and administration, and the constraints  they  encountered, This general workshop received an important interaction because of the ideas drawn from the reality of practice.The participants agreed at the end of the training that the youth benefiting from the training should work to transfer this experience to other regions , Because the purpose is to spread this kind of trainings  in more than one area until the interest prevails, As we prepare this report, we have been informed that young people from the city of Guelmim will organize a training workshop on the same subject for 200 young women and men with funding from public institutions.