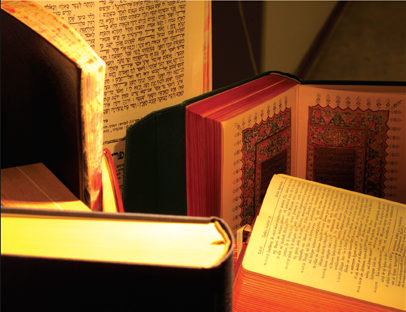 … Until the twentieth century, when the positions of both jews and Muslims underwent radical change, the term „Judaeo-Islamic “is at least as meaningful and as valid as „Judaeo-Christian” to connote a parallel and in many ways comparable cultural tradition.” Bernard Lewis : The Jews of Islam. Princeton U. Press, 1984, p. X

I feel some trouble in presenting a dark face of the philosopher Ibn Hazm, born in CÓrdova (994-1064), who wrote sublime Books on friendship, love and wisdom,[1]  on the one hand, and published virulent polemical replies against Jews, Christians and his coreligionists (belonging to competing theological Malekide-school), on the other. The style of the polemical discourse is very violent and is different from his argumentative discourse adopted in philosophy and the phenomenological poetic approach in his main work. The same person Ibn Hazm shows a great discernment in judging philosophical and moral questions; he was not as a theologian immune from the cultural inherited rigorist stereotypes. We want to show that the polemical tone of Ibn Hazm against Ibn Nagrela does not minimize the importance of his main philosophical and theological work. The present philosophical reception of his work ignores intentionally the replies of Ibn Hazm. But we show also that the wisdom itself cannot prevent the wise man from falling victim of stereotypes. We will not go to the details of the polemic, but would like to present the moral question of peaceful coexistence which had permitted the resurgence of Judaeo-islamic Philosophy in the next 12th century after Ibn Hazm.